The mission of the Film Society of Northwestern Pennsylvania is to elevate Erie's film industry, empower regional filmmakers, and foster patronage for the art of film.

It is our goal to increase the economic impact of film on our region by providing cultural enrichment, leadership, expertise while liaising between agencies, services, businesses, and the film production industry.

Since inception in 2011, the Film Society of NWPA has served the Erie community with high-quality curated film programs, events, and series reaching an audience of more than 14,000. In 2013, we created the Greater Erie Film Office to meet the demand of filmmakers seeking resources and locations, and have since produced four screenwriting and filmmaking competitions, 5 seminars, and many networking events to connect and foster local talent.

A 2019 economic impact study conducted with the Data Center at the Erie Regional Chamber and Growth Partnership examined the impact film production can have in Erie County. We are well-suited for independent filmmaking, so our study examined low and micro-budget films. A $300,000 budget production has almost $700,000 of value in services, income, and taxes.

The Film Society of NWPA is a 501c3 nonprofit organization that relies on event revenue, grants, and individual contributions to fund GEFO and other film programs. Here’s how you can help:

Contribute directly at any level, or donate on Erie Gives Day for a partial match. Your gift goes to providing programs and services to filmmakers in our region. 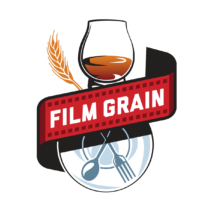 Subscribe to the Film Society of NWPA email newsletter for program updates.