The Color Brown filmmakers chose Erie for a reason.

Said Director and Co-writer Jha’Neal Blue: “What made Erie beautiful is that there was always more.”

“When it came to the locations… we never had to settle because there was always something just like it around the corner." The filmmakers ended up at Dave’s Diner, Wintergreen Gorge, Harborcreek Township, Peek’n Peak, and Shade’s Beach.

“My personal favorite was Shades Beach. I would have loved to have had a place like that near my home as a youth,” said Blue.

Blue and Co-writer Brandon Chase’s story is an emotional exploration of childhood that is anything but a carefree sunset on the beach. Two siblings who have never met reunite after the death of their estranged mother. Through a micro lens, Harper Sumney, an in-house counselor in the midst of depression, and Love Wright, a graduate student in pursuit of a deeper connection to her mother, dig into the perfect facade of one another as they hope to find answers to the childhood abuse they endured. Over the course of 36 hours, the siblings run the gamut of emotions through personal stories and experiences and their own idiosyncrasies.

“I thought the fact that audiences wouldn’t know where the film was made just by looking at it, added to the ambiguity of the characters' lives in the story,” said Blue. “Instead of focusing on landmarks, the audience would be more receptive to the dialogue given about who these people are, and how they were raised.”

That sense of familiarity and ambiguity is one that will resonate with filmmakers. It is something GEFO has heard from other visiting filmmakers over the years. As a film office, the local production support community continues to grow, and The Color Brown team felt that.

The film was co-produced by Erie native and business owner Robert Frank, and a number of crew were hired locally as well.

“The people of Erie really cast their arms and heart wide around us and made us feel like we were truly a part of their familial city,” said Chase. “Erie has cemented a place in my heart because of their welcoming spirit and I hope I get another opportunity to return with another film, while also encouraging other filmmakers to do the same.”

The Color Brown on the Film Grain Podcast

Brandon Chase and cast member Will Brewington III discussed writing, acting, and going from the stage to the screen on FILM GRAIN, the official podcast of the Film Society of Northwestern Pennsylvania and the Greater Erie Film Office.

Listen below, or find FILM GRAIN wherever you get your podcasts! 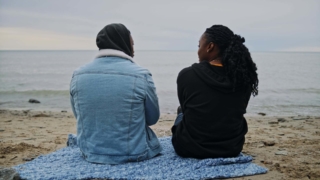 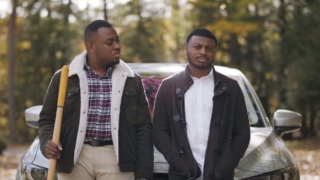 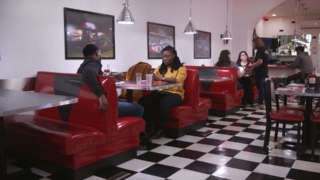 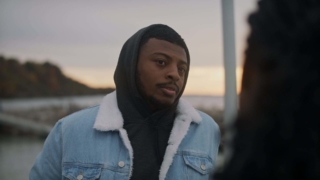 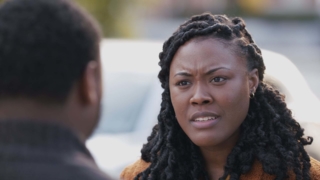 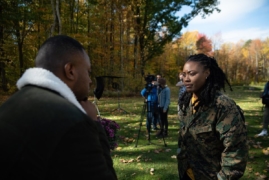 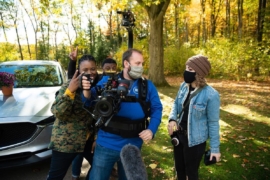 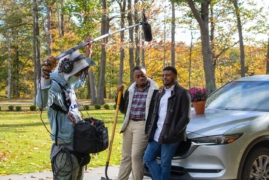 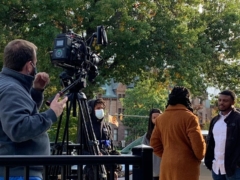