A man who suffers from schizophrenia wakes to find his wife is missing. As he desperately searches the house, he can hear her terrified screams calling for him. The search combined with the ever growing voices in his head cause him to question the very reality he's in, or is it all in his head.

Help Me was a passion project for Jim, whose entire cast and crew volunteered their time. Even the owners of the location, The King's Castle, believed in his vision.

"The support we received in the making of this film was overwhelming and the amount of success it’s had has been staggering," said Jim.

We spoke to Jim on the Film Grain podcast in October 2019 about his passion for scriptwriting. Listen here 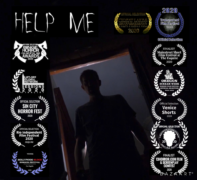 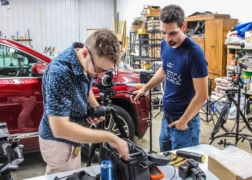